States with Legal Recreational Marijuana – Learn About It Here

Weed doesn’t quite have the edgy shadow of rebellion attached to it like it used to. It’s everywhere now: from your favorite characters on TV pulling out a bong and taking a rip, to your cousin that keeps showing up to family functions stoned out of their mind. However you look at it, marijuana is definitely way more mainstream than it was back then.

The lifting of the hazy veil around weed is partly thanks to the slow and steady push for the legalization of recreational marijuana across the country. While thirty-three states have already signed legal medical marijuana use into law, the move to approve recreational cannabis use is still only gaining traction. In June last year, the Governor of Illinois signed a bill that legalized the sale of recreational marijuana for adults over 21, making it only the eleventh state in the country to do so. It might still be a while until we see the next few states get on board with the trend of legal cannabis use for recreation, but until then, there are at least 11 states where you can enjoy smoking up without looking over your shoulder. 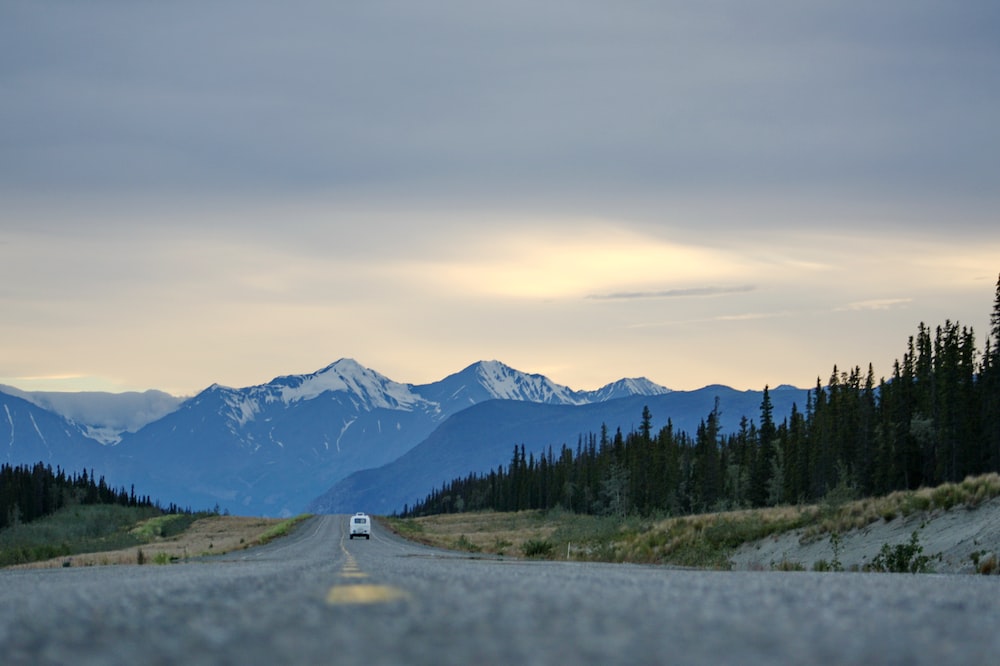 In Alaska, it’s legal for those over 21 to possess up to one ounce of marijuana. It is also legal to grow your own marijuana plants, as long as no more than three are mature and flowering at the same time. Having legalized recreational weed all the way back in 2015, it’s no surprise that Alaska now has a flourishing weed economy. Every year, more than two million people visit The Last Frontier to cruise the state’s recreational pot shops.

California allows the possession of up to one ounce of marijuana for persons over 21 and to buy up to eight grams in concentrates (often found in edibles), and the cultivation of six marijuana plants per household. The first of the states to legalize the medical use of marijuana in 1996, The Golden State moved to allow the use of recreational marijuana in 2016. With weed culture as open as it is in California, there are dispensaries and pot shops all over the state, with one of the most notable being MedMen- often touted as ‘the Apple Store of Weed’.

One of the first states to legalize recreational cannabis, Colorado allows adults- both tourists and locals- over 21 to buy up to one ounce of marijuana, or eight grams of concentrates. Individual households are also allowed to cultivate up to six marijuana plants at a time, as long as only three are mature and flowering at any time. While there are some cities within Colorado with stricter laws on the use of marijuana, the fact that there are more dispensaries in the state than Mcdonalds and Starbucks put together speaks louder than words. 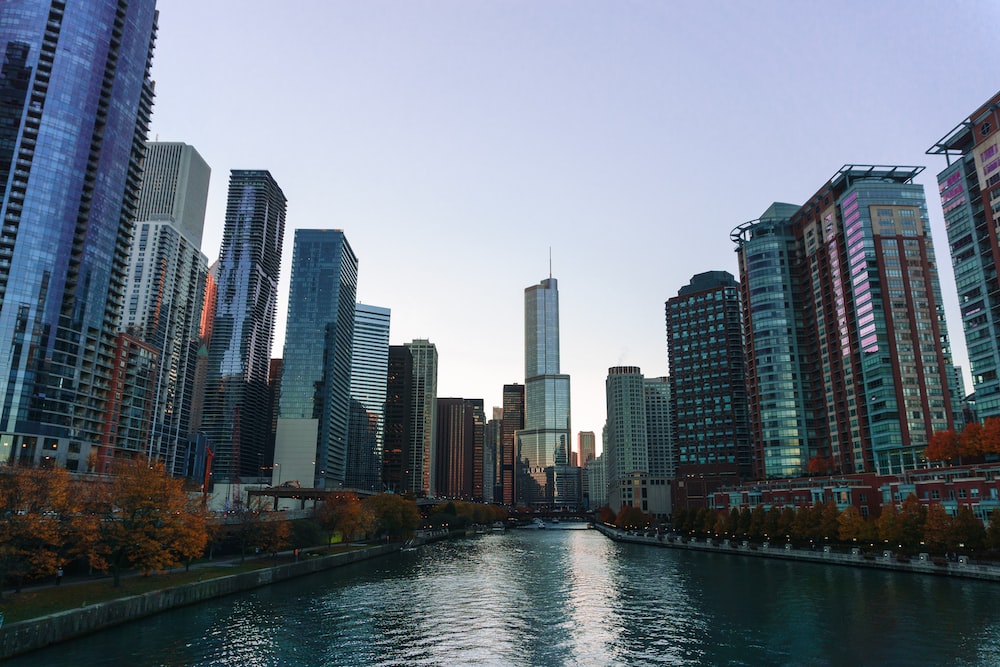 In 2019, Illinois joined the states that legalized recreational marijuana use: recreational cannabis laws for the state dictate that Illinois residents 21 years old and over can possess up to 30 grams of marijuana, or roughly 1.06 ounces. However, there is a catch for out of town visitors: tourists that are 21 and over can only posses half of that: 15 grams, or half an ounce. It’s also legal for registered medical marijuana patients to cultivate up to five marijuana plants per household, provided they are five inches or taller (the plant, not the resident).

Maine joined the states that legalized recreational marijuana use in 2016, alongside California and Massachusetts. In Maine, adults 21 and over can possess up to 2.5 ounces of marijuana, and are allowed to keep up to 12 immature marijuana plants in a private residence, with three allowed to flower at one time. While Maine allows the possession of up to double the usual amounts in other states, recreational pot shops are yet to appear in The Pine Tree State, since there are no laws yet that allow commercial sale in dispensaries.

In Massachusetts, adults 21 and over and possess up to one ounce of marijuana when in public, but within private residences, they may possess up to ten ounces. It is also legal to grow for adults to grow up to twelve marijuana plants at home. The state only legalized medical cannabis in 2012, and then recreational cannabis in 2016, and as a consequence, the first dispensaries in the state only just opened in 2019.

Michigan has the distinction of being the first state in the Midwest to legalize cannabis possession and sale in 2018. For adults 21 and over, it is legal to possess up to 2.5 ounces of marijuana, double the usual amount in other states. Residents of Michigan are also allowed to grow up to twelve marijuana plants at home. Dispensaries in Michigan opened in December, just last year, but Michigan already has the reputation of being more liberal in the way of marijuana laws compared to other states.

In Nevada, both residents of the state and those just in town for the weekend can buy or possess one ounce of marijuana, or an eighth of an ounce of concentrates in edibles, provided you are over 21. However, growing your own supply is tricky: you have to live within 25 miles of the nearest dispensary to qualify for a grower’s license. Nevada’s weed market is flowering, too: the state has earned $20 million in marijuana tax revenue since 2017 when it was legalized for recreational use.

Oregon may have legalized private recreational cannabis use all the way back in 2016, but it doesn’t mean you can smoke up anywhere you want. There are safe spaces to use cannabis in the state: private residences, pop-up shops, specific restaurants, and the like. If you are an adult 21 and over, you can possess up to one ounce of marijuana, with the stipulation that you can carry up to eight ounces if you grow it at home. Adults can also cultivate up to four plants per household. Oregon has more complex cannabis use laws for tourists, so it’s good to check with travel websites for the state before you travel.

The Green Mountain State only just joined the states with legal recreational marijuana in 2018, while they made medical marijuana legal all the way back in 2004. In Vermont, it is legal for adults 21 and over to possess up to one ounce of marijuana, and legal for those same adults to grow up to six plants per household, provided only two are mature at the same time. While Vermont allows the use of both medical and recreational marijuana, there are no laws yet that allow the legal commercial distribution of recreational cannabis.

11.) Washington (and The District of Columbia)

Washington may have voted to decriminalize recreational cannabis as early as 2012, however, there are still a number of restrictions on its recreational use and sale in the state. The state allows adults 21 and over to carry up to an ounce of marijuana, but to qualify for a grower’s license, you have to be only growing cannabis for medical use. Dispensaries in the nation’s capital are thriving, raking in over $1 billion in marijuana sales since recreational use was signed into law.

On the other hand, the District of Columbia legalized recreational cannabis in 2014, effectively decriminalizing its use. However, state laws are more complex than that. Commercial sale of the drug is illegal in DC, although there are no laws against adults ‘sharing’ weed with each other, as long as no money, goods or services are exchanged. That aside, DC’s marijuana laws are similar to that of other states: adults 21 and over can possess up to two ounces of marijuana and can grow up to six plants per household, with only three allowed to flower at one time.

Earlier this year, it seemed like New York and New Jersey were close to signing a landmark marijuana legalization use bill into law in a race for marijuana revenue, but it’s been dead in the water with complicated politics taking hold of both states offices- particularly New York, which ran into the problem of addressing the number of arrests from possession of marijuana in previous years. It was reported in the New York Times that New Jersey failing to pass the bill affected enthusiasm for legalization in New York, and that’s where we find ourselves now.

The push for legalization ran into another wall when vape-related health concerns began to gain more attention among the general public, and opponents for the bill used health concerns and safety issues to slow traction for legalization in the Northeastern States. There are also complicated political issues that plague the race to legalize in each state, so we may not see any developments in the push to legalize recreational cannabis past the 11 states any time soon.

With priorities for the states’ governors shifting in recent times, the talk around the push for legalization has slowed. However, proponents and advocates of the legal recreational marijuana use bill remain hopeful.

Before you start planning your trip to check out the weed market in these states, make sure to check the laws for cannabis use and sale for each state, and to always keep a government-issued identification card that states you are of age (which is 21, in case it somehow didn’t register with you throughout the article). While the recreational use of cannabis is legally permitted in all eleven of these states, there are still lots of specific restrictions for each, and even for individual cities.

YOU MUST BE OVER 21 YEARS OLD TO VISIT THIS SITE
PLEASE VERIFY YOUR AGE BELOW
Yes, I am over 21
ENTER
No, I am under 21
LEAVE